When should you consider an unrepeatered solution?

With the increasing popularity of Space Division Multiplexing (SDM) on repeatered systems, and with new high fiber count transoceanic cables being contracted every month, it is worth reviewing how all this traffic […]

Join our subscribers’ list to receive news about latest research & innovative products, as well as party invites from Xtera.

A submarine cable is a substantial investment and most cables involve several parties contributing to the cost and providing assets (such as landing stations) and expertise during the overall procurement process. It’s increasingly common to see the cable capacity shared by each […]

When the Programme Committee sat down to agree the theme for SubOptic 2019 the subsea industry was in a clear state of flux. Since SubOptic in Dubai many new systems had been planned and were either in the water, being manufactured or under contract. The vast increase in demand from the hyperscalers was driving not only an increase in cable build activity but also in technological advancement, predominantly by necessity. […]

One can never have too much capacity or too low a cost; these have been two significant drivers in telecoms for quite some time. The desire for as much capacity as possible pushed Xtera to develop all-Raman terrestrial systems with 100 nm bandwidth and great reach. […]

As data demand ramps ever higher, researchers are looking to innovative amplifier designs to help transport a broader light spectrum through optical fibres […]

Xtera founder and CSO Robert Richardson and CTO Tony Frisch sat down with Capacity to discuss the company’s latest technological offerings and some of the biggest topics affecting the market at the moment.

Speaking on winning the Defense Information Systems Agency (DISA) contract. Richardson said: “This is the second contract from DISA, the first contract was awarded in 2015 but that was to build a cable system for a naval station at Dania Beach, Florida and connects to the Guantanamo Bay Naval Station. So before then all the naval bases communications were done by satellite, so it was very big step for them.”

Notes from the Open Compute Summit

The annual Open Compute Project Summit, which is underway this week at the San Jose Convention Center, has attracted approximately 3,000 attendees to hear and discuss the latest innovations in hyperscale cloud engineering.

The overall impression of the Open Compute Project Summit 2018 in San Jose is that the hyperscale cloud operators have reached such size and power that they are able to throw their weight around without worrying too much about niceties such as industry standards and specifications. Although participants in the OCP talked about being part of a community, in reality it is clear that Facebook, Microsoft and Google use the forum as a way of communicating their interests and requirements to the industry without having to seek compromise and negotiated agreement as has been typical in the IETF or the IEEE.

In late September, submarine fiber optic systems supplier Xtera® announced that it had been awarded a turnkey contract from the Defense Information Systems Agency (DISA), an agency of the U.S. Department of Defense, to build a submarine cable system linking the U.S. Navy’s base at Guantanamo Bay to Puerto Rico. 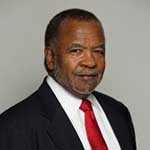 Xtera delivers global subsea projects that are bespoke to each individual customer’s requirement. The company’s products and solutions are technically innovative, with recognized industry leading reliability and performance. Xtera’s extended enterprise of partners enables them to deliver full turnkey projects seamlessly and ensures that customers can be 100% confident in their ability to provide systems globally, however challenging they may be. Here’s our interview with Robert Richardson, the Founder and Chief Sales Officer at Xtera…

Q: How does Xtera differ from competition?

A: As a valued subsea supplier, Xtera provides the most advanced undersea technology available, which is deployed and maintained by the company’s expert professional team. […]

Robert Richardson, Xtera’s Founder and CSO, Speaks About Xtera’s Perspective on the Current Subsea Market and Their Outlook for the Future

In early 2017, H.I.G Capital acquired the assets of Xtera Communications and relaunched the company as Xtera. Since then, the company has shifted its focus solely on the submarine market, including subsea cable upgrades, new builds, and the recovery and redeployment of systems. Since its formation, Xtera has been introducing new products into the market and looks to continue maximising and pushing beyond the capabilities of today’s subsea cable technology to better serve its customers.

We recently spoke with Robert Richardson, Xtera’s Founder and Chief Sales Officer, who discussed Xtera’s perspective on the current subsea market and the company’s outlook for the future.

The New Xtera, Moving at Speed

Today’s data-driven businesses must move at the speed of light. With such a bright future for data communications on the horizon, Xtera is rushing ahead of the market with new ideas to push the pace of innovation and deliver on the promise of reliable, fast connections to support the increasing array of services that require our high bandwidth network expertise.

The capacity demands for regional and transcontinental network systems will continue to mount. Increased need for Over-the-Top (OTT) content, the Internet of Things (IoT) and innovative enterprise communications systems represent enormous opportunities for Xtera and its partners. With a refreshed management team, firm investment resolve, an innovative R&D strategy, leading-class technologies, a broader partnership ecosystem, and new customers to keep us working ahead of the curve, 2017 is set to be an enormous success. 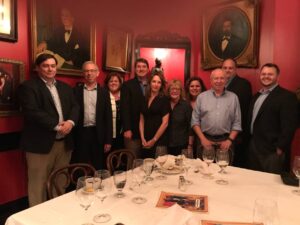 STF Events and members of the SubOptic Organizing Committee, consisting of representatives from SubOptic Association, Ciena and Xtera, held a kick-off meeting in New Orleans, Wednesday, at the New Orleans Marriott, the conference venue.

A triennial event, SubOptic is the longest running and most comprehensive conference series in the world for the submarine fiber industry. With 30 years of successful events, featuring presentations and discussions from the industry’s leading experts, it is truly an event “For the Industry, by the Industry.”  SubOptic 2019 will be the tenth in the series and will be held in New Orleans on April 8-11, 2019.

Xtera Execs Talk about Technology and the Company’s Future

In January, H.I.G. Capital had acquired substantially all the assets of Xtera Communications, Inc.  In a statement made at the time, H.I.G. Capital said that under its ownership, “Xtera’s management and technical team would remain at the helm of the business, focused on successfully executing key existing customer contracts and expanding the business in the rapidly growing markets it serves with a clear roadmap of disruptive product launches.”

I recently had the opportunity to speak with Robert Richardson, Founder and Chief Sales Officer of Xtera, and Tony Frisch, Chief Technology Officer, about the company in light of the new investment.  The following are their views on the company’s outlook and technological advances.

The world of submarine cables is currently very dynamic, and vendors supporting the various cable projects around the world are seeing new opportunities and taking on new technical challenges.  In February of this year, H.I.G. Capital acquired the assets of Xtera Communications out of Chapter 11, and re-launched the company as Xtera.  With us today to talk about the company’s new approach, the marketplace and its plans for the future is Chief Sales Officer Robert Richardson.

One company that recently achieved ISO 9001:2015 certification is subsea fiber optic solutions provider Xtera, which obtained accreditation through the British Standards Institution (BSI), the national standards body of the UK. Established in 1998 and based in the UK and the U.S., Xtera offers un-repeatered and repeatered subsea connectivity, using the highest bandwidth undersea amplifiers for up to 40 terabits on a single fiber pair.

One can never have too much capacity or too low a cost; these have been two significant drivers in telecoms for quite some time. The desire for as much capacity as possible pushed Xtera (www.xtera.com) to develop all-Raman terrestrial systems…

The New Xtera, Moving at Speed

Today’s data-driven businesses must move at the speed of light. With such a bright future for data communications on the horizon, Xtera is rushing ahead of the market with new ideas to push the pace of innovation and deliver on…

Having read what was in my opinion a quite optimistic suggestion that big data analytics could ultimately predict all subsea system problems, I was reflecting on just what was possible. True big data would need lots of data from lots…